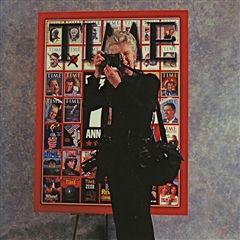 Class of 1959
Honored in 2002/2003
Diana Hardin Walker ’59 spent more that 20 years photographing U.S. Presidents and their families for Time magazine. From the Fords to the Clintons, she photographed both formal events such as state dinners and press conferences and informal moments that give us a glimpse into the very private lives of these very public individuals.

On NPR’s program, All Things Considered, Diana spoke of one such private moment when First Lady Hillary Clinton and her daughter Chelsea were standing in the grand foyer of the White House before the Inaugural. Hillary asked her daughter to show her what she was wearing and Chelsea opened her coat to reveal a mini-skirt. Diana caught on film, this classic mother-daughter moment when Hillary’s expression questioned her daughter’s choice of attire.

During the fall of 2003 through January of 2004, the National Museum of American History in Washington, D.C. hosted a retrospective exhibition of 135 photographs of just such moments. Many of her photographs are show cased in her book, Public and Private: Twenty Years of Photographing the Presidency. During a private tour of the exhibit arranged for Foxcroft students in December 2003, Diana shared the story of how she was first introduced to photography at Foxcroft, how her work evolved from that initial introduction, and the approach she takes to covering her subjects which resulted in such remarkable images.
Back
This website uses cookies to ensure the best experience for visitors to our website.
By continuing to use this website, you consent to our use of these cookies.
See our Privacy Policy for additional information.