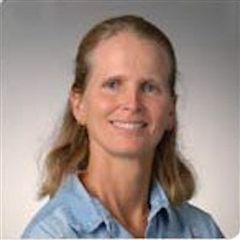 Class of 1977
Inducted 2014
One of the leading equestrian performers in the United States, Nina helped the U.S. win the team bronze medal in three-day eventing at the 2000 Olympic Games. She also represented the U.S. at the most challenging CCI four-star competitions in the world, including the top three in Great Britain.

At the age of 16 and while a student at Foxcroft, Nina won the Peters Trophy at the 1975 Radnor Three-Day Event, which earned her the title of Junior National Champion. She has collected many titles and honors in the years since.

At Foxcroft, though, Nina focused on team sports; she was a standout in field hockey and basketball — both of which she went on to play at the collegiate level. Her performance at Hollins earned her a place in the Hollins University Athletics Hall of Fame.

Professionally, Nina works as a course designer for equestrian events as well as continuing to ride, train and teach.
Back
An all-girls boarding and day school in Northern Virginia, Foxcroft prepares young women in grades 9-12 for success in college and in life. Our outstanding academic program offers challenging courses, including Advanced Placement classes and an innovative STEM program. Our premiere equestrian program is nationally recognized, and our athletic teams have won conference and state championships. Experience the best in girls' boarding schools: visit Foxcroft.
Foxcroft School, 22407 Foxhound Lane, Middleburg, VA 20117  |  Phone: 540.687.5555