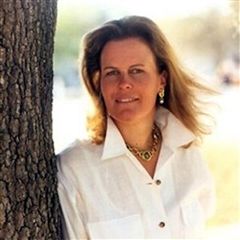 Class of 1973
Inducted 2014
A letter winner in four sports during her years at Foxcroft, Jane is one of the most influential women in sports today. She is chairman of the Board of Directors of the Baseball Hall of Fame and Museum, founded by her grandfather, and is also an influential force in the equestrian community.
Jane owns more than 20 horses, including world-class dressage and show-jumpers and three that won medals in the Olympics (1996 in Atlanta, 2000 in Sydney; 2004 in Athens). She also owns two bulls — Evil Doer and Ludicris — on the Professional Bull Riders circuit.

She also has been the recipient of a Lifetime Achievement Award by the New York State Office of Parks, Recreation and Historic Preservation and inducted into the All-Sports Hall of Fame by the Boys’ Club of New York.